In 2000, The Sci Fi Channel commissioned Voltaire to create a 14-episode animated web-series for their website based on his comic book series, "Chi-chian" (Chi-chian had also appeared in a stop-motion Sci Fi Channel ID years earlier).  The subsequent series was one of the most ambitious ever made, certainly for its day. A team of model makers  and animators was put together and a top-notch cast of voice talent was assembled (including Bai Ling who voiced the main role of Chi-chian). The resulting series won the "Flash Forward Film Festival's People's Choice Award" in 2000.

Scroll over the loader text to read about the characters in the series. To watch the film, you must click on the red worm that reads "BEGIN STORY".

Gone from the internet for years, you can now see these episodes here on Voltaire.net! Feel free to PLAY AGAIN or read the CREDITS at the end of the episodes, but the BULLETIN BOARD link is no longer active.

A subsequent episode will be uploaded here every Tuesday night at 8pm EST.  Enjoy!

For more information on Chi-chian, visit the BOOKS section here:http://www.voltaire.net/chi_chian

Aurelio Voltaire in St. Louis at The Crack Fox! 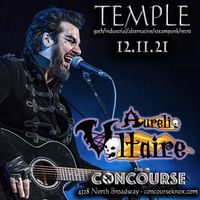 This event will be all ages for the duration of the concert and will convert to an 18 and up only Temple dance night after Voltaire's performance. 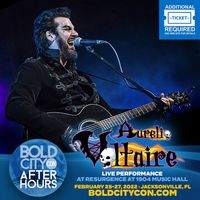