When Aurelio Voltaire was ten years old, he became inspired by the original King Kong and the films of Ray Harryhausen. He got his hands on a super-8 camera and began making stop-motion films. At seventeen, he left home and moved to Manhattan where he was hired by various production companies to work as a stop-motion animator on national TV commercials. By nineteen, he was directing them. Here is a small collection of some of those award-winning spots.

Speaking of bugs, here's a commercial for Crunch Fitness:

Most recently, Voltaire lent his talents to this animated opener for "Tales From Beyond the Pale", a series of horror-themed radio dramas by his friends at Glass Eye Pix. This footage also serves as a sneak peek at his 5th Chimerascope film, "Odokuro" slated to be released in mid-2011. 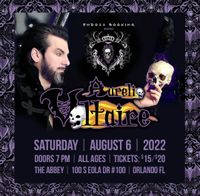 Aurelio Voltaire in Orlando, FL at The Abbey! 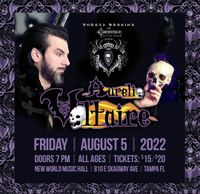 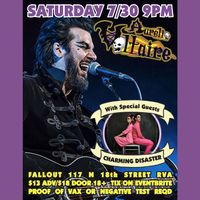